What to expect with the Drafted <> Greenhouse Integration 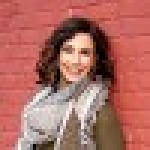 Updated 4 months ago by Olivia Clark

Once you set up your Drafted <> Greenhouse Integration set up, here is what you can expect. 👇

Jobs get imported from Greenhouse into Drafted

Your jobs from Greenhouse will get imported into Drafted. After the initial import, the jobs will sync on a nightly basis. For example, if you add a new job it will show up in Drafted the next day.

If you need a new job to show up immediately, you can manually run the job sync by going to Settings > Integrations > Greenhouse and clicking Re-Import Jobs.

With the Greenhouse <> Drafted integration, Drafted will add recruiters listed as "Responsible" in Greenhouse and who are users in Drafted as Job Followers. Job Followers are notified when a new referral is submitted on that job.

Referrals get sent into Greenhouse

The Drafted <> Greenhouse integration also has candidate syncing. This means that when you update a candidate's Job Stage in Greenhouse, their status will also update in Drafted. Candidate statuses will sync from Greenhouse to Drafted on a nightly basis.

To ensure candidate syncing is working properly, make sure your Greenhouse stages are mapped to the correct stages in Drafted. Learn more about how to configure your integration here.

By default, employees receive notifications when their referral progresses to the next stage in the hiring process. You can manage these notifications under Settings > Notifications.

Questions? Email us at support@drafted.us.