All Categories ​>​ ​ ​>​ 🎖 Nominations on the Layoff Network

🎖 Nominations on the Layoff Network 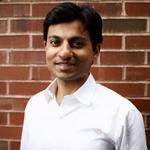 Updated 3 weeks ago by Vinayak Ranade

What are Nominations and how do they work?

For example, if you wanted to tell your company about a friend who is talented, that would be a referral.

If you want to tell the world that your friend is great and someone should hire them ASAP, that would be a nomination.

Getting a nomination from someone helps elevate your profile in front of the right people.

Why do I need to get a nomination to be interested in a job?

Nominations help you stand out. When someone nominates you, this elevates your profile in front of companies that will be more eager to engage with you.

The more nominations you get, the more attention you can get from recruiters. Every job seeker with a nomination gets featured at least once on the talent feed shown to recruiters.

Who can nominate me?

Anyone you know! We recommend that you get nominations from a couple of the following people in your life

Nominators don't need to have prior Drafted accounts to be able to nominate you. They will need to verify their email and use their real name to establish credibility.

Who should I nominate?

Anyone who you think deserves more visibility into great opportunities. Don't worry, your nominee can get multiple nominations so you nominating them doesn't take away if they want to get nominations from others as well to make their profile strong.